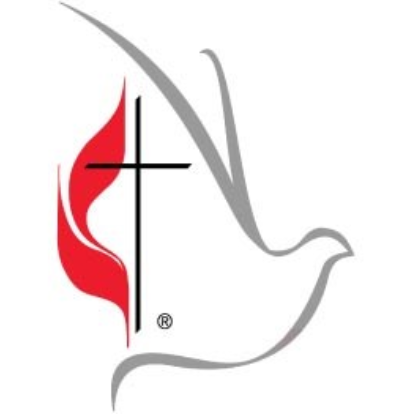 WHAT WE BELIEVE
PASTOR IN NEWSLETTER
BULLETIN

To:  Clergy and Laity members

I will never forget that look.  It was our first Christmas Day with our new daughter.  Elizabeth was 11 months old and it was an exciting time to be a parent.  Her eyes lit up with packages all around her.  The breakfast casserole was in the oven and the coffee was tasting really good on that frigid winter morning.  That’s when the doorbell rang.  Who could it be interrupting our memorable day?

When I answered the door, standing in front of me was a young couple holding a baby wrapped up in a blanket.  Their car was still running on the street.  “We have no home,” the young man started, “and we’ve been sleeping in our car.  We don’t have any food, and we have our baby.”  The food we gave them seemed to please them, as did the night’s lodging.  It seemed to be so very little in comparison with the need.  Many years have passed, but I will never forget that look.

Over the years I have seen the exact same look in very different places.  I have held babies who were dying of malaria and I have put my hand gently into an incubator in a neo-natal unit.  I have watched parents as sons went off to college and daughters went off to war.  I have been in stores when a mother has all of sudden lost her child, and I have watched as a father was told that the accident his son was in had been fatal.  The settings have been very different but that look?  It has been exactly the same.

If you are blessed to be a parent or grandparent you know what I am talking about.  The bond between parent and child generates a desire to be connected and a passion to protect.  You will do things for your child that you wouldn’t do for anyone else.  It is your instinct to protect them from harm, shelter them from the storm, and see that their needs are met.  Yet, when that privilege, that role, that responsibility is taken away from you it creates a helpless void that cannot be replaced.  Take a parent away from their child and it creates that look.

I often say that I am nothing but a 12-year old in a 59-year old body.  That is particularly true when I think about my parents.  No matter how old I get, I am still their child, their little boy.  Although my mother doesn’t cook any more, she still asks if I’m being fed.  When I travel she wants me to call to make sure I have arrived safely.  When I visit, she lights up and strokes my face.  And when I leave, well, I will never forget that look.  It’s in her eyes and in mine, too.  She doesn’t ever want to be separated from her child and her child feels exactly the same way.

You can probably guess by now that I am writing an article about the headline news this week about migrant parents being separated from their children at the borders.  As has become the norm, it has been a week of finger pointing and accusations.  The president says it’s the Democrats’ fault.  Some Democrats say it’s the president’s fault.  Some in the media say the government is using the situation to get tougher laws passed.  Some in the government say the parents are using their children for drug smuggling or sex trafficking.

Regardless of where fingers are being pointed, this issue has, at its very core, a basic yet very clear reality – the need for a child to be with their parents and the need for parents to be with their children.  There is no place for a child being used as a pawn in a massive chess game.  There is no room for a parent to be separated from their offspring in the midst of emotional circumstances when their care is needed most.  There is no room for actions that give rise to injustices that demean, denigrate, and use children and families for motives that are unfair and inhumane.

We should be proud that we are a part of a church that says in its Social Principles,

The United Methodist Church recognizes, embraces, and affirms all persons, regardless of country of origin, as members of the family of God. We urge society to “recognize the gifts, contributions, and struggles of those who are immigrants and to advocate for justice for all.”

But we should be embarrassed if we are in any way associated with actions that separate parents and children and deny the basic right of a child to be cared for, embraced, and loved by the one(s) who brought them into the world.  Do we really want to be associated with any actions that deny our children the physical and emotional care that they need?

There have been letters written this week that suggest you should call your senator or sign onto a letter of complaint against the U.S. attorney general.  You may have been urged to be a part of a rally or invited to participate in a march.  Those are all good and necessary things.

But today, I want to urge you to do something else.  Hug your daughter.  Call your grandson.  Sit in a park and watch a parent playing with their child.  Pause at a little league baseball game and watch the parents as they undyingly root for their kid to get a hit.  And, in the midst of all of that, give yourself just enough time to think about what it would feel like if all of a sudden you were violently removed from the privilege of taking care of your son or daughter.  It won’t take too long to conjure up within you an uncomfortable feeling about what that separation might feel like.  It won’t take too long for you to think to yourself how wrong it would be if it were done to you.

And then, as a result, do something about it.  Today at the Church of St. Paul and St. Andrew United Methodist there is a new immigrant family who is being cared for and sheltered.   A mother and a child.  Send them a card.  Write the church a check.  Show your support.

Today there are lawyers giving free assistance to immigrants who want to do things right so that they can live in a place that is safe and free.  Lift up a prayer for them.  Give a contribution to JFON through the conference center.  Show your support.

Today there is a single parent in your community who is struggling with how to stay employed and care for their child at the same time.  Offer your time.  Buy them a bag of food.  Show your support.  The list is endless.  When you take a story about an abuse happening to someone on the border of Texas and you apply that story to your life and give yourself just long enough to imagine what it might be like if it happened to you, then it becomes more than a story.  It becomes a possibility.  Make it more than just a story.  Do something about it.

One day, in the midst of a story, the disciples asked Jesus a question, “Lord, when was it that we saw you hungry or thirsty or a stranger or naked or sick or in prison, and did not take care of you?”  Jesus’ answer was simple, yet profound, “Truly I tell you, just as you did not do it to one of the least of these, you did not do it to me.” (Matthew 25:44-45)

Look around you today and take notice of all the ways you have been given freedom to raise your children, love your grandchildren, and provide a safe space for them to feel your love and protection.  And then, standing in front of a mirror, imagine all of that being taken away from you.

You will never forget that look. The Journey Continues, . . .

“Once considered the property of their parents, children are now acknowledged to be full human beings in their own right, but beings to whom adults and society in general have special obligations. . . .  Moreover, children have the rights to food, shelter, clothing, health care, and emotional well-being as do adults, and these rights we affirm as theirs regardless of actions or inactions of their parents or guardians. In particular, children must be protected from economic, physical, emotional, and sexual exploitation and abuse.”